A few year's ago, I ran this Peregrine post (again, with photos by Ned Harris). Photos by Ned in today's post, too. 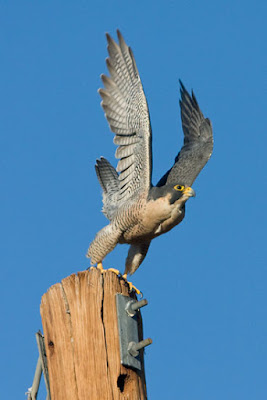 Powerful and fast-flying, the Peregrine Falcon hunts medium-sized birds, dropping down on them from high above in a spectacular stoop. They were virtually eradicated from eastern North America by pesticide poisoning in the middle 20th century. After significant recovery efforts, Peregrine Falcons have made an incredible rebound and are now regularly seen in many large cities and coastal areas. 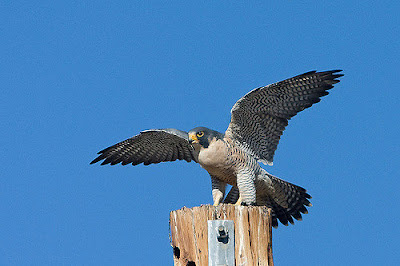 Adults are blue-gray above with barred underparts and a dark head with thick sideburns. Juveniles are heavily marked, with vertical streaks instead of horizontal bars on the breast. Despite considerable age-related and geographic variation, an overall steely, barred look remains. 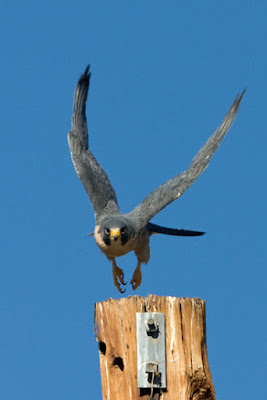