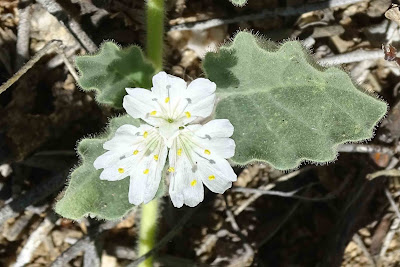 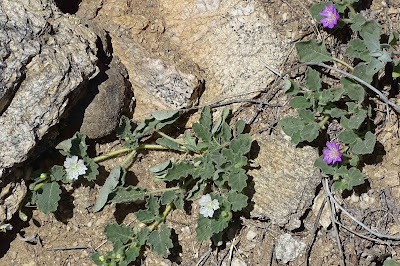 Today I went back in the area and found several white flowered plants spread over several yards of roadside. 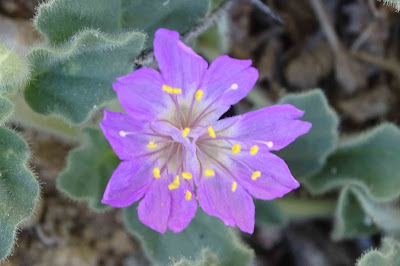 The Allionia flower is unique in another way. Although I vaguely remembered (many of my botanic recollections are vague), Debbie Bird reminded me that what appears to be a single flower on the Allionia is actually 3 separate flowers growing together. Each flower has a single white pistil (hard to pick out on the white-flowered flower) and five yellow stamens. 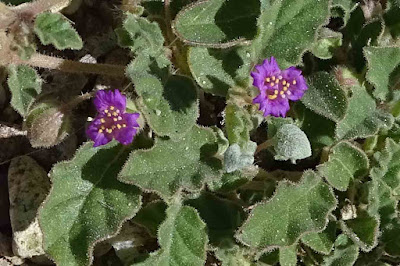 Today Debbie also pointed out a Trailing Four O’Clock with much smaller flowers (1/4” across instead of 1” for the more typical plants in Sabino). At first I was dubious, thinking (or not) that it was just a plant with stunted flowers from lack of water. However after looking a little more closely at the plant and with Debbie showing me that there is a small variety called A. incarnata var. incarnata as opposed to the typical sized A. incarnata var. villosa I had to agree. I took a photo of this plant, so everyone could appreciate the wonder of this variety (not to mention the botanic knowledge of Debbie).

Thanks Fred (and Debbie) for more great finds!