Relatives had the same idea! 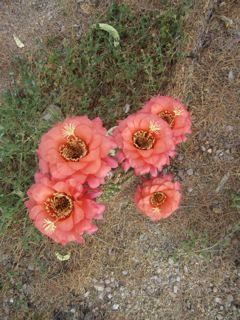 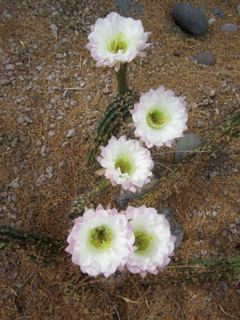 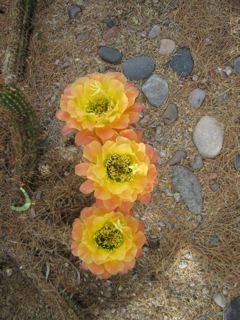 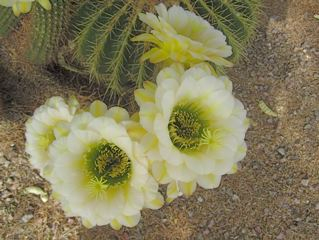 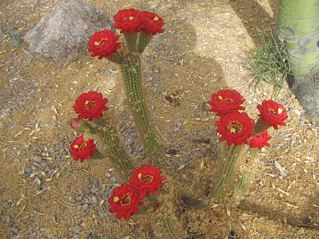 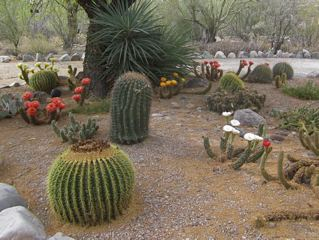 
[Saturday night, 6/23/12], we ventured to Tohono Chul Park in Tucson to witness Bloom Night of the Peniocereus greggii or Queen of the Night cactus. Almost all of these cactus (about 35 clumps at TC) organize themselves by some chemical signal to bloom on the same night most years so as to increase chances of being pollinated by the hawk moth upon which they depend. They open at dusk and close shortly after sunup…once in a year. [Anne says: see Bob's photos here.] Apparently our Trichocereus collection got the vibe because this [Sunday] morning we were greeted with the show [above]!

Anne says: What a show!! Although the species above aren't found in Sabino Canyon, I thought they were worth sharing. Thanks, Peggy.