I was over at Sabino Dam this morning at about 6 and spent some time watching the Cooper's Hawks. The young ones are extremely active at this point and one of them is much more mature than the others. The biggest is probably only a week or so away from fledging.
Here are three pictures of three of the four youngsters. In these pictures the third bird is mostly hidden at the rear. The fourth, much smaller than the other birds, is completely hidden from view. Note the disparity between the biggest and the one sitting directly beneath it. 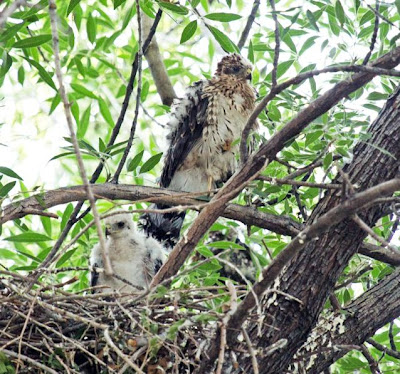 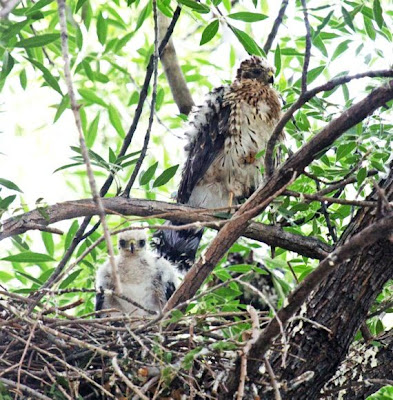 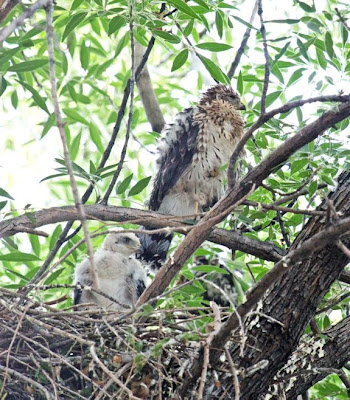 As I was taking these pictures I heard a commotion and some shouting. Both parents were nearby and, apparently, one of them had just buzzed a couple of hikers. They landed on nearby trees and began screaming back and forth. I got these two photos of one of them -- the male, I think. The male is a lot smaller and a bit darker colored than the female. He was not a happy camper! 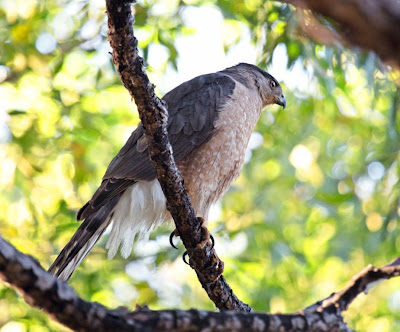 Thanks, Steve, for the great photos and story.