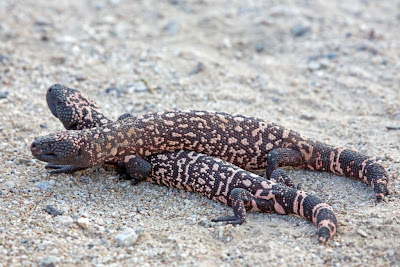 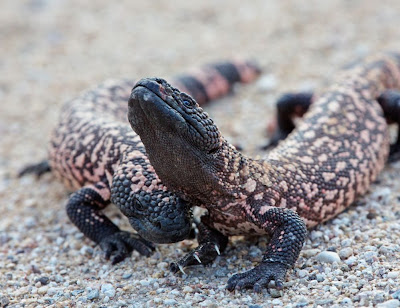 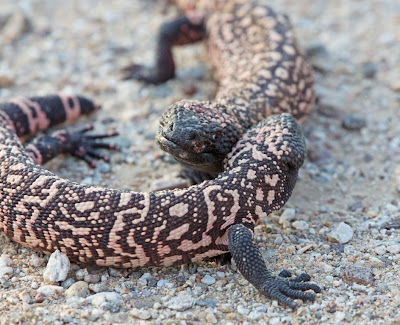 It's Gila Monster breeding season and the males roam around at night, looking for love. When a male encounters another male they may fight. It's a fairly ritualized combat with each male trying to flip the other over onto its back. The winner gets the girl, if one's nearby. There is occasionally some biting and a little blood may be drawn, but serious injuries aren't common. These two apparently had been at it for a while when I came upon them because they appeared to be exhausted. They were pushing and shoving but none too vigorously. They broke off their combat about 15 minutes after I first saw them and it didn't appear to me that either one of them had prevailed. Notice, however, that one has sustained an apparently minor bite on his snout. I didn't see any ladies but one may have been near by.