Thank you to everyone who wrote in about yesterday's bird. I got the sparrow part! Really, though, you're looking at a House Sparrow. I fixed the post, too.

Time for a plant rant! Hooray!
Please note that explanations on this blog are generally at the curious 10-year-old level; not for the expert or specialist. Please alert me to errors within that context.


This is the male plant. These flowers produce pollen; pollen is the plant equivalent of sperm in the animal world. There's always a lot more pollen than eggs! 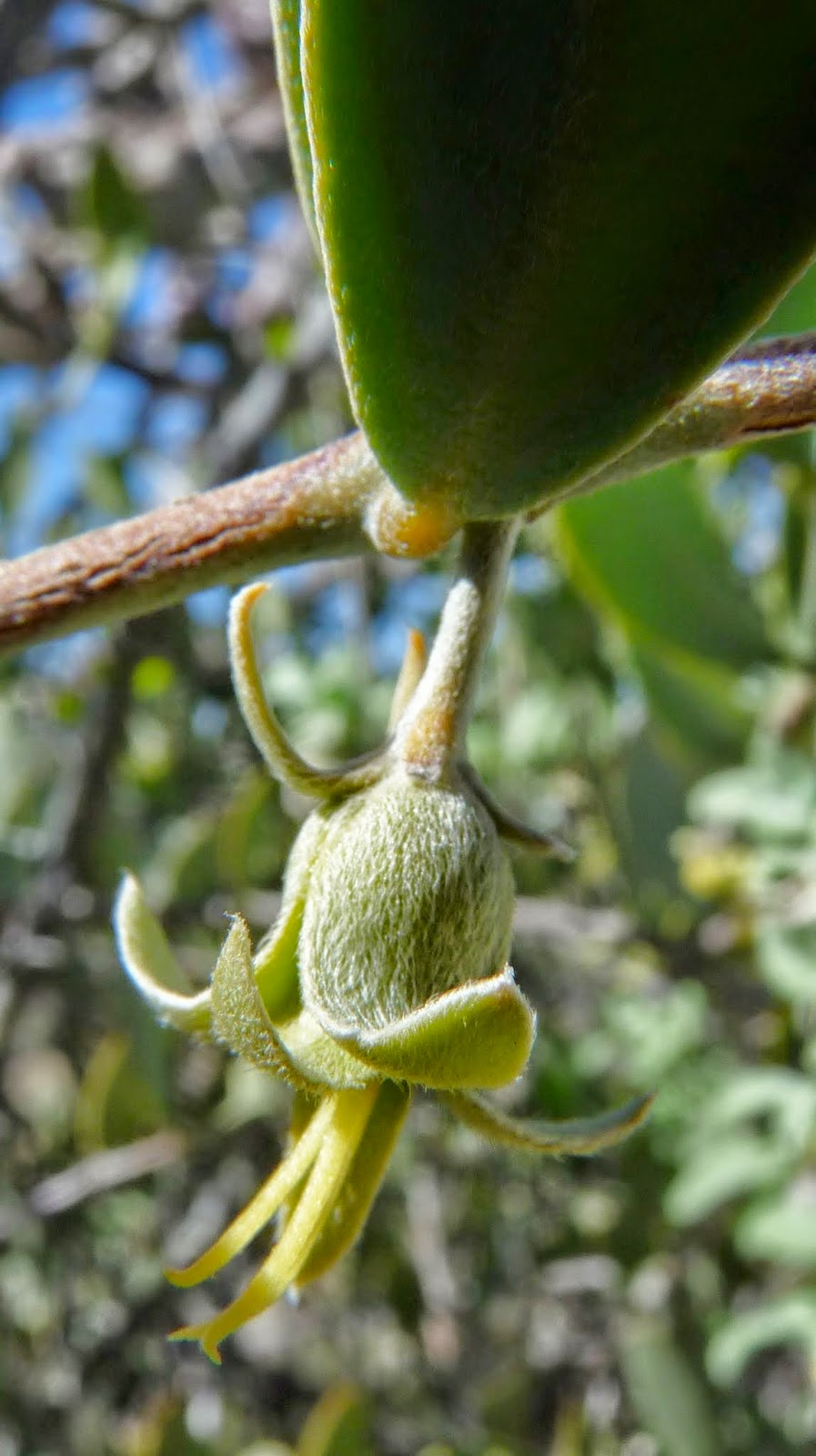 This is a close-up of a female flower (on a female Jojoba plant : -) As in the animal world, the female has the egg(s)! If this female flower is pollinated (the egg is fertilized), the embryo will develop into the seed (which is contained in the fruit). The seed is the (potential) next generation.

Further reading for the plant curious.