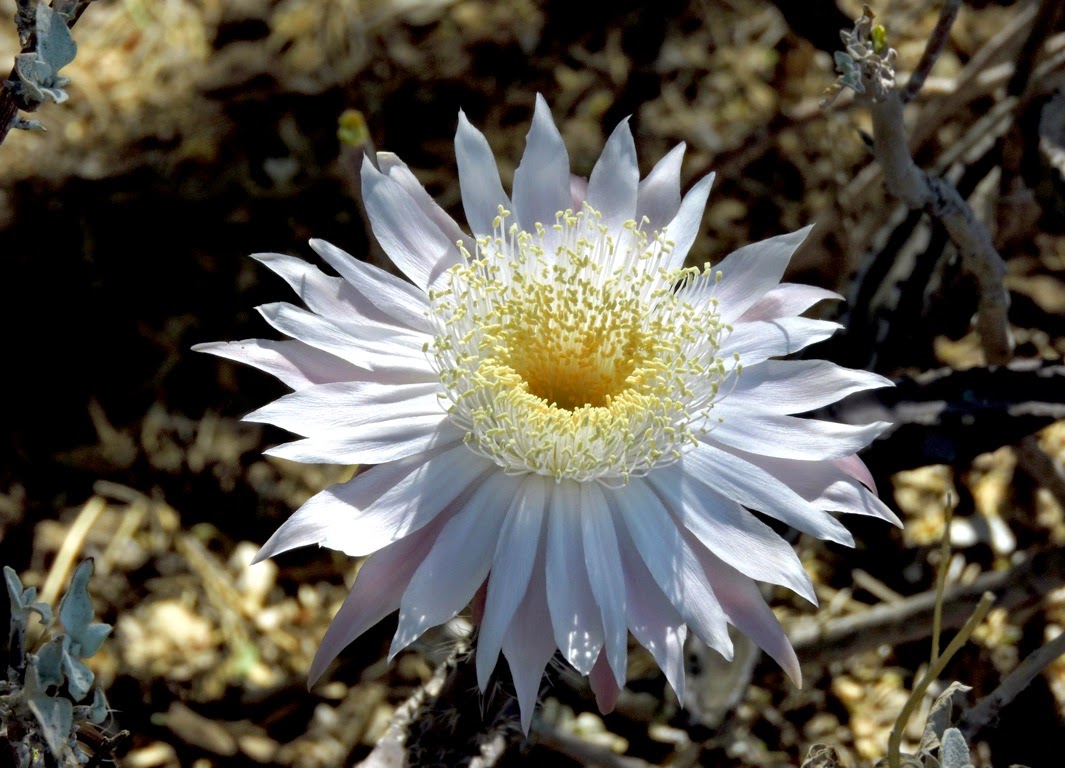 The second bud on the Night-blooming Cereus (Peniocereus greggii) in Sabino Canyon opened the evening of 5/8/2014. Marty took these great photos the next morning. I'd like to dispel a few myths about this cactus. Yes, the flowers do open at night, but they stay open for hours. You can still see them in the morning, assuming you get to them early enough. Yes, each flower only opens once, but not all of the buds on any given plant will open on the same night. Not even at Tohono Chul!
Tohono Chul Park's Bloom Night is definitely worth going to (at least) once in your life. The dozens of NBC plants there are tended, studied, recorded, and watched so that the optimal bloom night can be determined; but even those flowers don't all open on the same night. There are always a few late bloomers. Why? Well, it just makes good reproductive sense not to count on all the hawk moths being available to pollinate your flowers on the same night. There are late hawk moths, too!