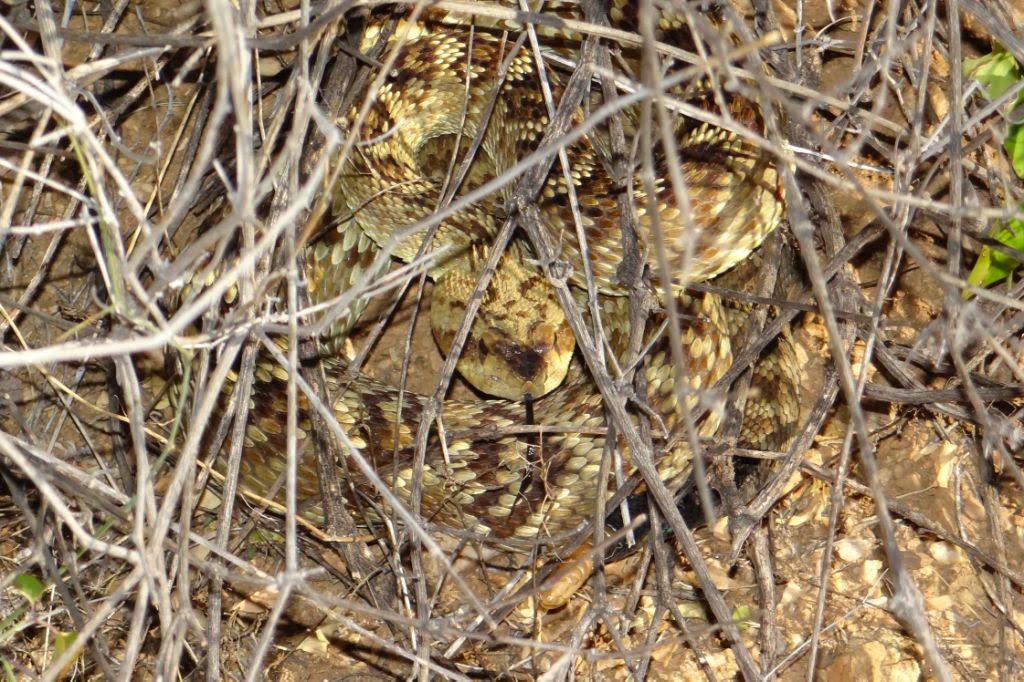 
I can’t believe I’ve finally seen my very first rattlesnake for the year today at Sabino. Since it is the end of November (11/26), I was giving up hope. I usually see a few every year. I can’t think of how many times someone at Sabino has told me they just saw a rattlesnake up the trail which I could not find. Today on the east side of Sabino Creek below the dam, a couple told me of a rattlesnake they had just seen a minute ago. I ran up the trail and of course never saw it.
Later, I was walking up the Creek Trail on the east side of the creek, when this lovely Black-tailed Rattlesnake slid across the trail. He crawled into a bush and dared me to come closer rattling all the time. I took several photos of him in the bush (one of which is attached), but none were particularly good (of course a rattlesnake in the bush is definitely worth two in the hand). I decided to walk a distance away to see if he might move out of the bush.
He did and I got an unobstructed shot showing his black tail clearly. He was the longest (probably 3 ½ feet long) and thickest Black-tailed Rattlesnake I've ever seen.


Another great story from Fred!