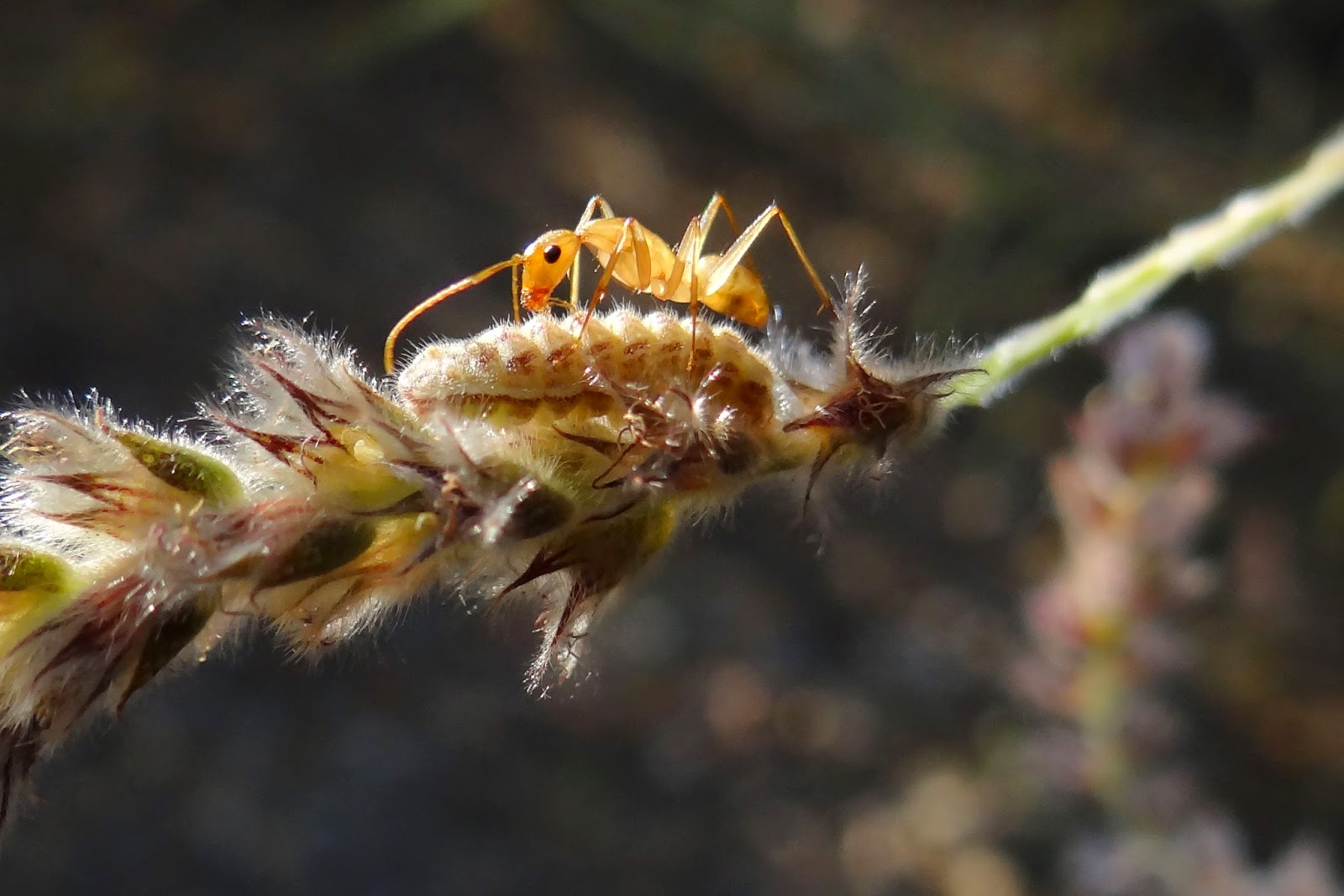 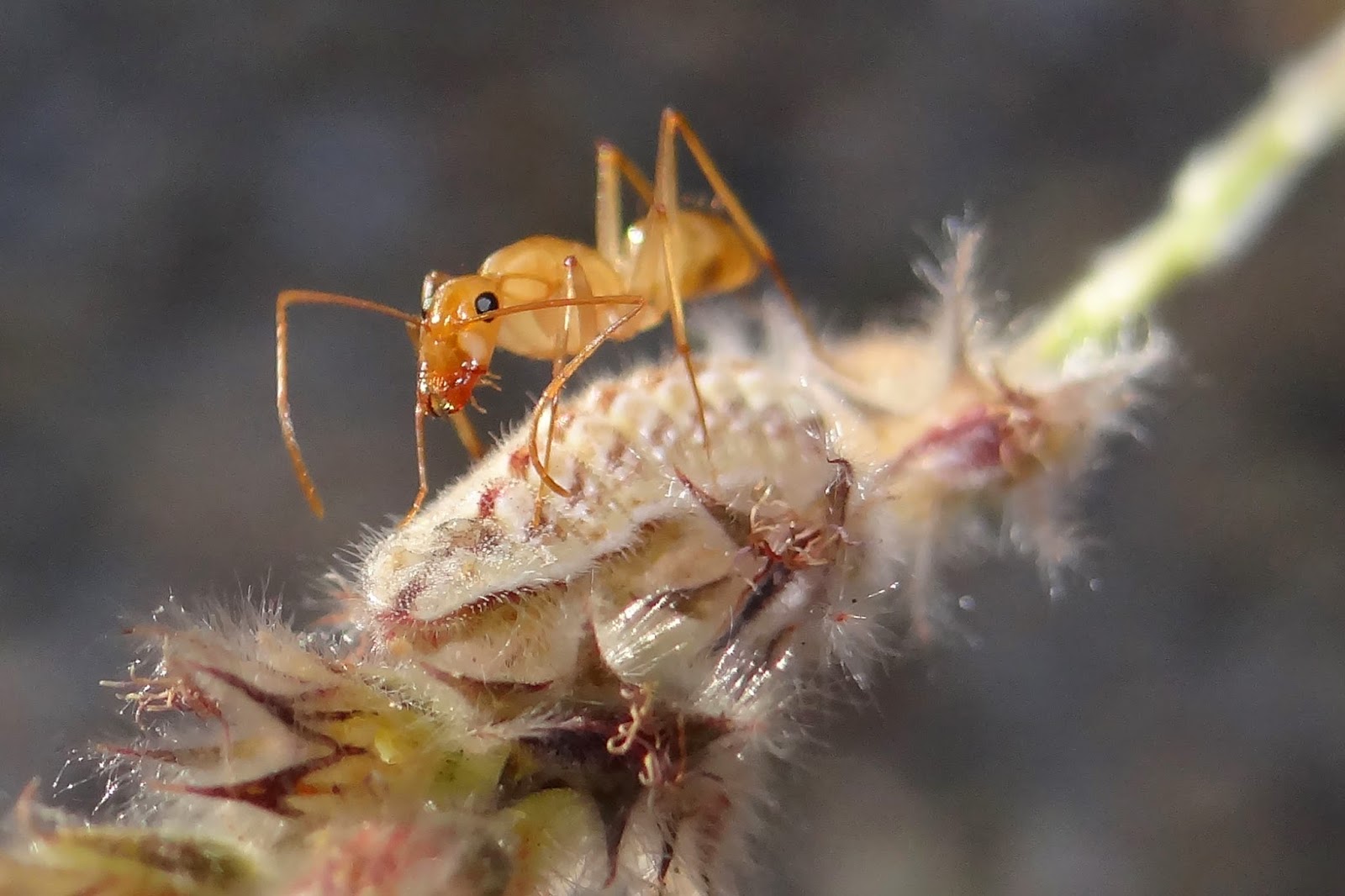 While out today [11/26/2014] in Sabino with my wife searching for butterflies (we found an amazing [for November 26] 27 species). We could not find a Reakirt’s Blue, so I started checking the Dalea pringlei which is a known host plant .(I actually raised a few caterpillars a couple of years ago to adults to confirm that they were Reakirt’s Blues.) The only butterflies I could find nectaring on the tiny flowers were Marine Blues. For fun, I decided to look for some Reakirt’s caterpillars which are quite cryptic on the host plant. I wasn’t having much luck until I noticed this odd looking ant. Knowing that blues are sometimes tended by ants, I took a second look and saw the Reakirt’s caterpillar in the attached photos. [Click photos for larger view.]

Caterpillars of some blues and hairstreaks are myrmecophilous (a $50 word meaning they have a relationship with ants). These caterpillars have a gland which produces honeydew when stroked by the ant. This is to “bribe” the ant not to attack; further the ant repels various wasps that parasitize the caterpillars. You can see a drop of honeydew on the caterpillar (directly below the jaws of the ant) in the close-up. Although this relationship is not absolutely necessary, it has been found that caterpillars have a better survival rate where they are ant tended. Unfortunately, in some places where Argentine Ants have formed colonies (near humans as in S. California), they've pushed out the ant species that collect honeydew from insects, including aphids, and some species of blues have disappeared. Luckily, Argentine Ants don’t do too well in our hot and dry desert conditions.


Anne says: Thanks, Fred, for this great story!