Dapper in looks and cheerful in song, the Pyrrhuloxia is a tough-as-nails songbird of baking hot deserts in the American Southwest and northern Mexico. They’re closely related to Northern Cardinals, but they are a crisp gray and red, with a longer, elegant crest and a stubby, parrotlike yellow bill. During breeding season Pyrrhuloxias are fiercely and vocally territorial, but in the winter they forget their disputes and join together in large foraging flocks. 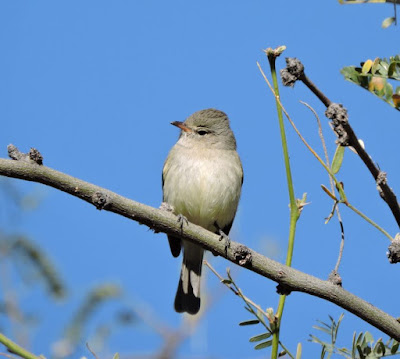 Mark reports that a pair of Northern Beardless-Tyrannulets have returned to Sabino Dam. 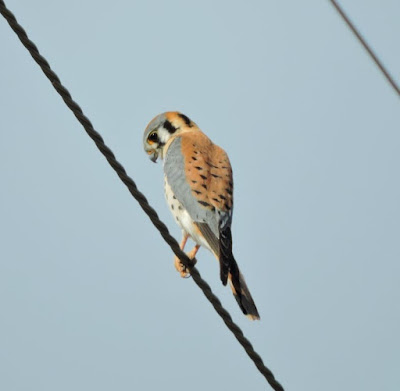 Mark writes of the American Kestrel:

[The photo is of a] male (the female is brown and larger than the male). Ever notice the blue-gray of this falcon matches the blue of the sky and breaks up its outline?