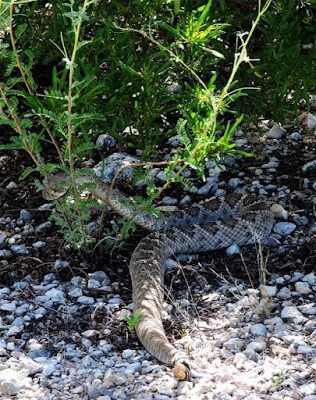 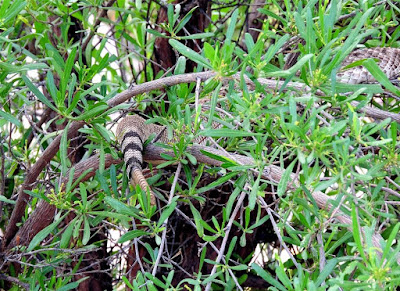 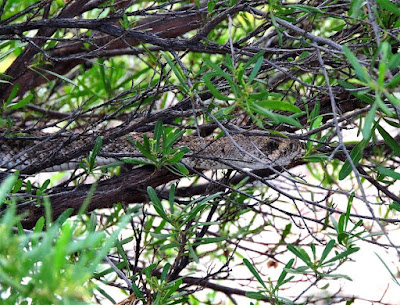 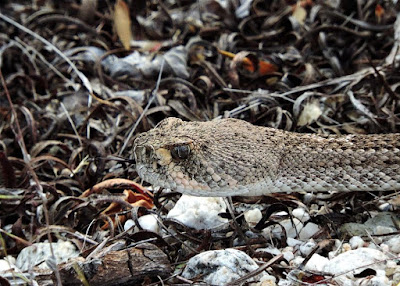 Marty encountered this Western Diamond-backed Rattlesnake in a tree! What's up with that?
Fred had never seen a Diamondback in a tree, but he shared this story:

According to my rattlesnake book, Black-tailed Rattlesnakes "are occasionally seen in shrubs and low trees, apparently hunting birds." I was leading a butterfly field trip in Patagonia when one of my participants almost walked into a Black-tailed which was 2 ½ feet off the ground sitting in a grass tussock. I also spoke to a herpetologist [name redacted] who had recently been bitten on his upper arm by a Black-tailed. I assumed he had picked one up and asked how a professional herpetologist could be so stupid. He explained that he never saw the snake before it bit him as it was 5 feet up in a small tree. He said he was lucky not to have been bitten in the face.