Two species of lupine in Sabino Canyon; the blue-purple one above is Desert Lupine (Lupinus sparsiflorus). The pink-white flowers below have already been pollinated. The color changes so that the insect pollinators know not to bother with that flower - it's on its way to developing fruit. There are loads of these along the roads. 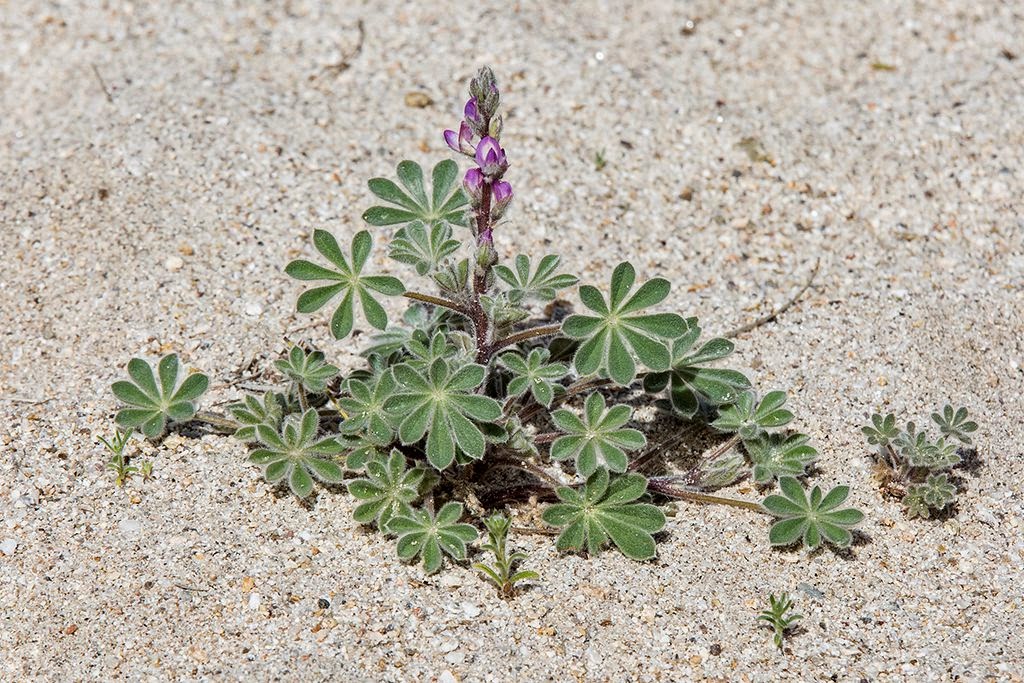 This one has likes sandy soil, has hairy leaves, and blooms pinkish. (It doesn't grow as tall, generally, as the Desert Lupine.) It's called Elegant Lupine (Lupinus concinnus). They are numerous in the sand by the dam.