It was an Elvis day (4/5/2015) at Casa Perryman! For months I’ve had a preying mantis egg case on the wire of a pet fence I drag around the yard. I figured that I shook it around enough that it might not be viable any longer. I moved the fencing today, from a sunny spot to a shady spot, so the cat could sit outside the door and see me working in the yard.

When I headed back into the house an hour later, I realized that it was covered with tiny creatures! What was interesting is that they all came out on silky threads, like little worms, all cocooned. They struggled to unwind and shake off the thread. One of the photos shows one dangling below the others, and he was spinning and wiggling like mad.

So much fun to see! When they started moving away from the egg case and looked like they were going to abandon ship, I dragged the fencing over to my garden and placed a couple of sticks against the fence, trailing down to the tomato plants. It was like walking the plank… one followed the other and they all fled to the garden! Yay! 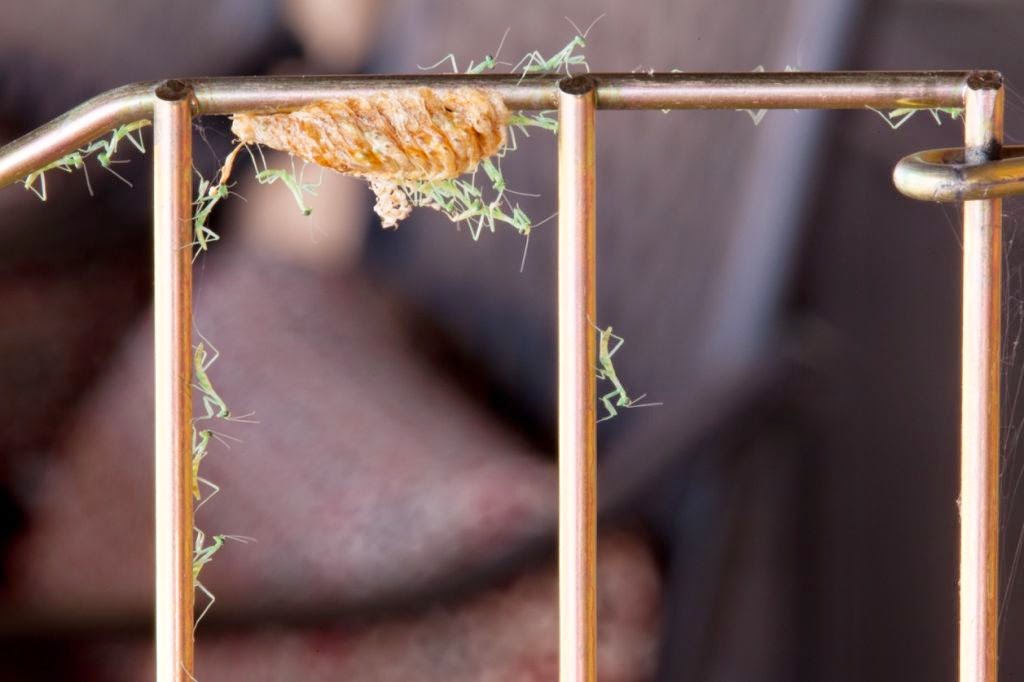 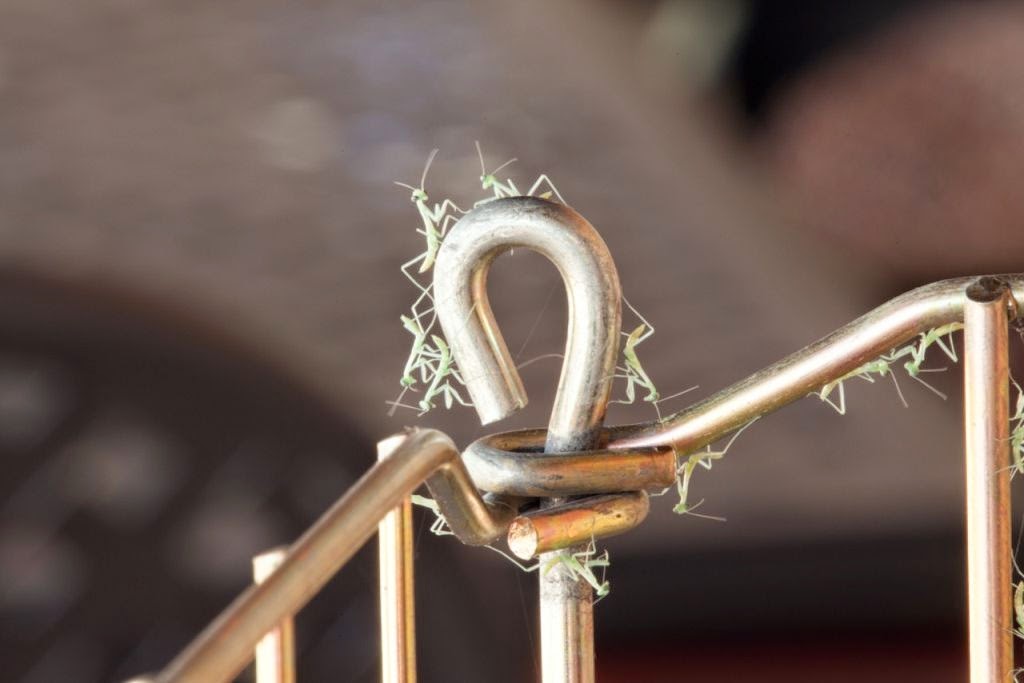 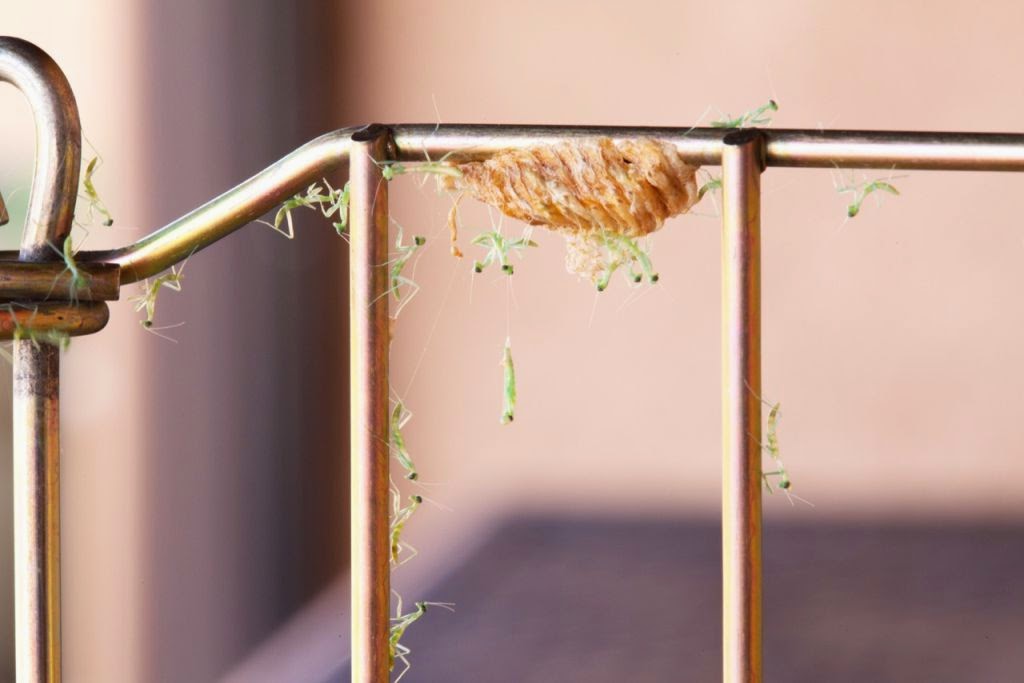 Anne says: What a great sighting! For more info, check out these posts about mantis egg casings and about another hatching sighted in 2009!