On Sunday March 29, 2015, the fifth annual Sabino Canyon Spring Butterfly Count was held with a record 67 species found, beating the previous high of 63 species. According to count compiler, Mary Klinkel, 24 people participated in this year's count. NABA (North American Butterfly Association) butterfly counts are modeled after the Audubon Society Christmas Bird Counts; as many butterflies as possible in a 15-mile diameter circle are recorded. Aside from Sabino Canyon proper, the count circle includes Ventana Canyon, Bear Canyon, and many spots along the Catalina Highway up to Mount Lemmon. As you can imagine, at this time of year there aren't many butterflies flying at that elevation. However, on this count a couple of species were added to the species total from high up in Summerhaven.

This year in Sabino Canyon alone, 40 species were found during the count. Because of copious rains in the late fall and winter and the mild winter temperatures, anyone who has hiked in Sabino this spring couldn't miss the sheer numbers of butterflies flying, especially the Texan Crescent (see photo above). This was the most abundant species in the canyon and totaled 557 individuals for the entire count. This is an all-time high count for this species in any North American count. 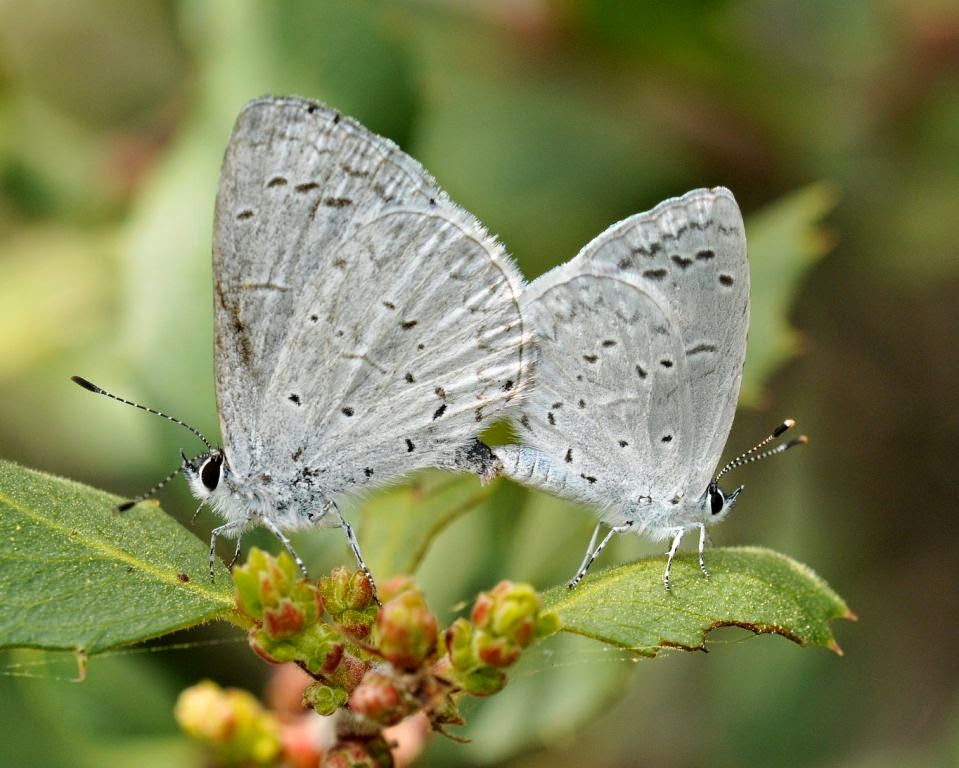 The Spring Azure was the most common butterfly noted in the count circle with 653 found. This pair (female - left, male - right) is starting on the next generation.

One of the new butterflies for the count was the Desert Checkered-Skipper (above).

Another relatively rare butterfly on this count was the Satyr Comma. The Comma is named for the white comma-shaped mark seen on the underside of the hindwing.

Anne says: Another great photo from Roger of a mating pair of Empress Leilias.
Big thanks to Fred and Roger for this perfect post.