Fred photographed a rare dragonfly in Sabino Canyon on 5/14/2015, the White-tailed Sylph.

It was the 3rd record for this dragonfly this year in AZ (or the US for that matter because AZ is the only state in which it has been recorded) ) and the 5th record overall. It was first seen in this country in 2007 down in the San Bernardino Refuge in extreme SE AZ and the second record was just last fall.


Fred then issued a challenge to Marty to photograph a clubskimmer - and Marty delivered on 5/16/2015! A rare (for Arizona) Slender Clubskimmer!

Rare is an understatement! These [Marty's photos] Slender Clubskimmers were the first recorded in Arizona and only the second record for the U.S. The first was in 2008 in Mission, Texas. 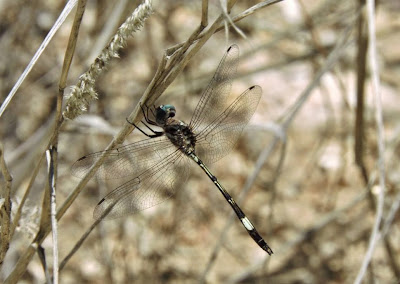 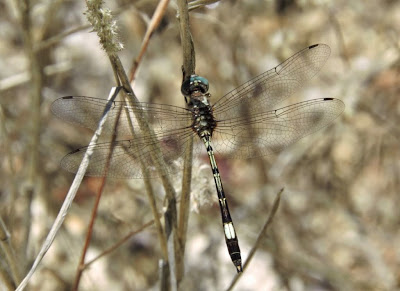 Marty says: Thanks to Fred, Rich Bailowitz, and Doug Danforth for the challenge and confirmation.

Anne says: If you are (as I am) happy enough to identify a dragonfly as a dragonfly, carry on!